While it might only be gaining recent popularity in Canada, European mistletoe is the most widely studied and used complimentary therapy for cancer in Europe.
European Mistletoe or Viscum Album has been used as a medicine since the time of Hippocrates for disorders of the heart and circulatory disorders, arthritis and even neurological disorders like epilepsy. At the turn of the 20th century Mistletoe was postulated to have anticancer effects by anthroposophy creator Rudolf Steiner. In 1916 a preparation made from mistletoe was tested in cancer patients successfully and since then tens of millions of doses have been administered to patients across Europe.

Recently mistletoe lectins have been found to be one the bioactive derivatives of the European mistletoe extract, also known as VAE, and have been extensively studied for their potent anti-cancer activities.

European mistletoe is a safe non-toxic therapy with a long history of use in various cancers.

Other benefits of European mistletoe: 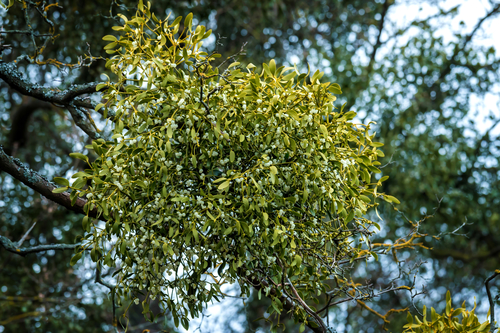 It has become the most commonly used natural cancer therapy in Europe and has been validated by hundreds of clinical trials. Please be aware that individual responses to treatments may vary and results are not guaranteed. Speak with your naturopathic doctor about the appropriate treatment plan for your case.

European Mistletoe has been widely studied both for its mechanism of action and its clinical effects on cancer patients. Current research has shown the following therapeutic mechanisms of action for mistletoe: